Save big on your upcoming move! View our Best Offers!​

What To Expect From Living In San Francisco

Looking to move to San Francisco?

It's always nice to know what you can expect when you move to a new area. We're here to help you out.

Read on to learn all the things you can expect when you start living in San Francisco.

You don't need a car if you don't want one

Owning a car in a large city can be super costly. But the great thing about San Francisco is the amazing transportation system.

There are two public transportation systems within San Francisco: The BART and MUNI. These are two options that will easily transport you throughout the city without issue.

San Francisco is known for its iconic cable cars. But these are often crowded with tourists. So if you need to get somewhere fast, you may want to opt for the bus and electric bus systems mentioned above.

The weather is strange

If you're from the Midwest or New England states, you're probably very used to weather changing constantly.

This is much the same in San Francisco. While you may leave your apartment in a jacket, you can end your work day in short sleeves.

However, the temperature stays around a perfect 60 degrees all year long. Seasons just do not exist. So if you're expecting a white Christmas, you may want to head to the mountains.

The fog not only looks cool, it's very present almost all year long. When it's coming off the bay and into the city, it can create a very eerie atmosphere.

The takeaway here? It's best to play it safe and always dress in layers or keep a light jacket handy.

Thinking of living in San Francisco? We hope you like dogs, at least a little.

There are more dogs than children in San Francisco, and you'll notice this fact rather quickly. While the city itself is rather small in population, there are almost 110,000 registered dogs within the city limits.

You pay for the beauty

Unless you've lived under a rock for the past several years, you know that it's super expensive to live in San Francisco and its surrounding areas.

And it isn't just the homes and rent that are expensive. The cost of living is just higher in this area. Rent and housing prices are justified by the overflowing amount of high paying tech jobs.

But you have to remember that you're paying to live in a beautiful place. And let's face it, most of the country is looking at higher living costs.

You never need to be indoors

If you're going from work back to your apartment each and every day, you are missing out on some truly inspiriting beauty.

Living in San Francisco bay area means that you can be outside all the time if you'd like to.

There are over 220 parks that you can visit within the city alone. And if you're feeling super adventurous, there are plenty forests and gardens to check out.

The climate allows you to hit the many beaches nearly year round.

More of a wine drinker than an explorer? You are extremely close to some of the best wine country in the world.

Whatever you decide you're up for, San Francisco has it to offer.

When you first enter San Francisco you are automatically made aware of how eco-friendly the residents truly are.

Bike riding is huge. There are little to no cars, and the cars you do see will generally be hybrids. You'll never see a jam-packed interstate running through the city, or even a semi truck.

If you're an outsider, it's a lot to take in. But it doesn't stop with transportation.

If you even think about using a plastic bag at the grocery store, be prepared to pay up. There is a ten cent fee for each bag you use.

Just take note that casually dropping your used soda can on the ground will be frowned upon by all who see you.

If you don't like art, graffiti, or music, this may not be the city for you. San Francisco is known for its many cultures, and all of those are displayed for you via art.

There is the San Francisco Museum of Art, the Asian Art Museum, and the Mexican Museum just to name a few.

And if you're not into fine art, you can also enjoy the beautiful murals and graffiti that blankets the city's buildings. There is always intriguing street art that is being sold throughout the city as well.

The neighborhood of Haight and Ashbury is just one of the many musically influenced neighborhoods in the city. At one time home to Janis Joplin, The Grateful Dead, and Jimi Hendrix, you're bound to hear tons of music wherever you turn.

If you're moving from any other place in the United States, you may be surprised at how different San Francisco is.

The smell of marijuana is always in the air, and you can see the whole rainbow in someone's hair. The dress is casual, and the atmosphere is generally laid back.

There is lots of character in this city, from the many colors of the homes to the way people walk and talk.

If you've ever felt weird in any other place, you will feel at home in San Francisco.

There is so much more to San Francisco than great food and beautiful weather. And we've only touched on a few of the many things you can expect living in San Francisco.

Regardless of your reasons for heading to the west coast, you'll find your place here.

If you're needing help moving to the Bay Area, reach out to Upline Moving for all your moving needs.

Where to Donate Unwanted Items During a Move

Tips for Protecting Your Bay Area Home During a Home Relocation 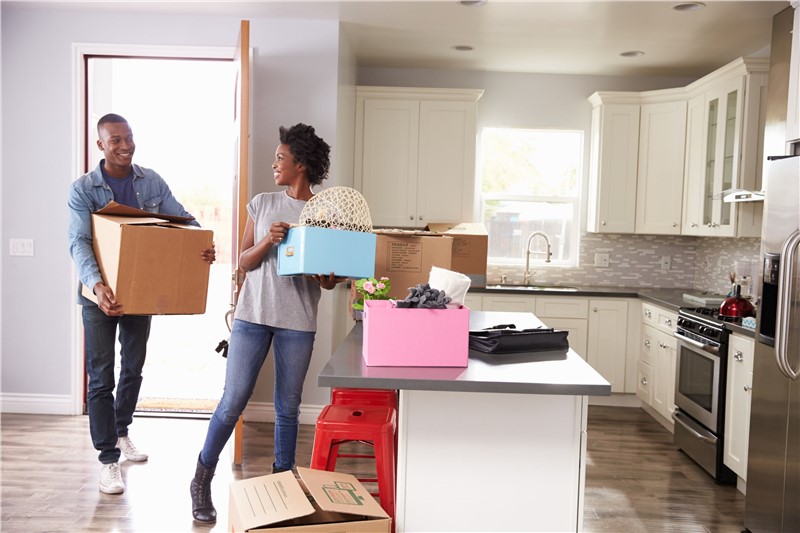 100+ Moving Tips and Tricks for a Smooth Move